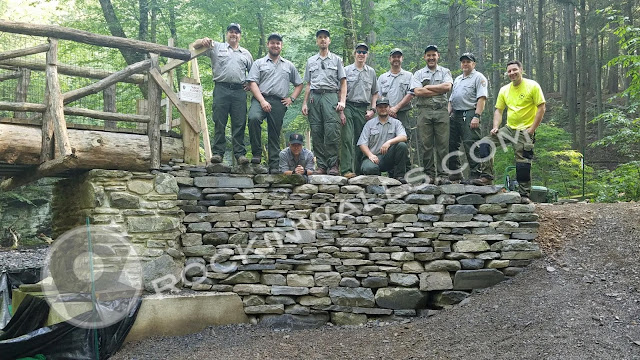 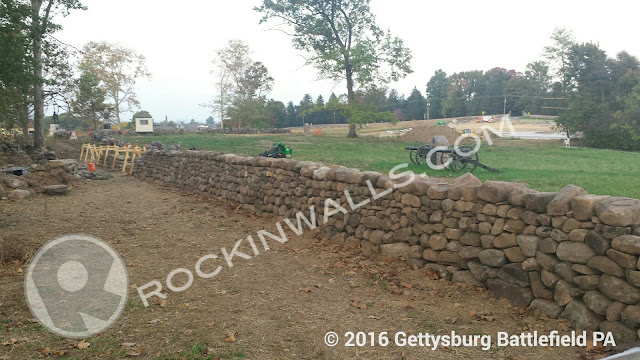 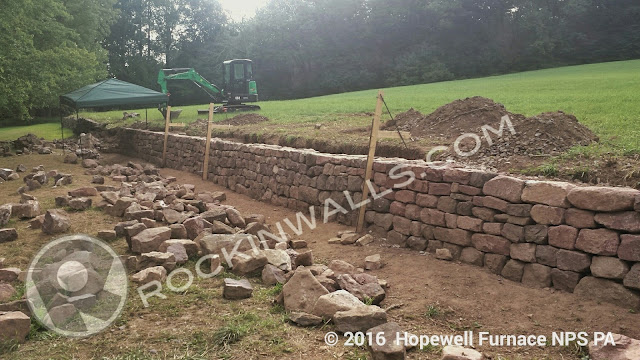 
Rebuild of east headrace sections 3' +/- H dry laid stone retaining wall most likely built in 1771 to supply the water to the water wheel to run the furnace. The wall was then rebuilt in 1939 by the CCC (Civilian Conservation Corps) and then again in 1984 NPS Williamsport Preservation Training Center of Williamsport, MD. Documentation of the project can be found in the park’s central file H3015, and in the archives accessioned as HOFU- 936. Black- and- white photographs documenting the deteriorated condition of the wall in 1983, and its reconstruction in 1984. CLICK TO SEE MORE IMAGES 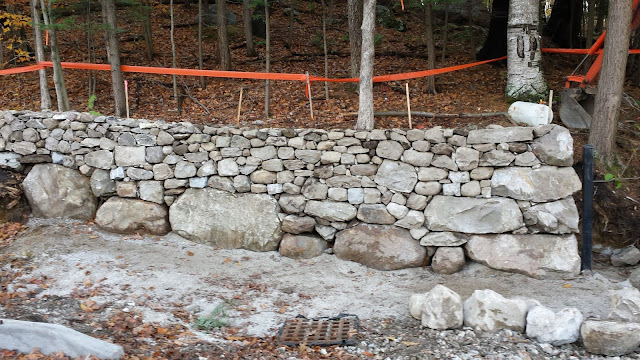 Fall 2015 Rutland Vermont - Historical Residential property.  Remove - Rebuild back to similar style as original with structural changes. Original wall sections can be view at end of photos.  Hand shaped quartz boulders with face chinking as original required by homeowner. All stone was removed to off site location then brought back in. Granite tie stones had been added every 3 feet on center to build halfway up wall. The roadway was expanded and raised. This road side wall had to be removed and rebuilt to accommodated new roadway expansion and updates. Project was supervised and managed by Mora Stone VT. Supported Project by working 2 weeks on the build. DSWA Certified level 1-3 wallers only.  CLICK TO SEE MORE IMAGES 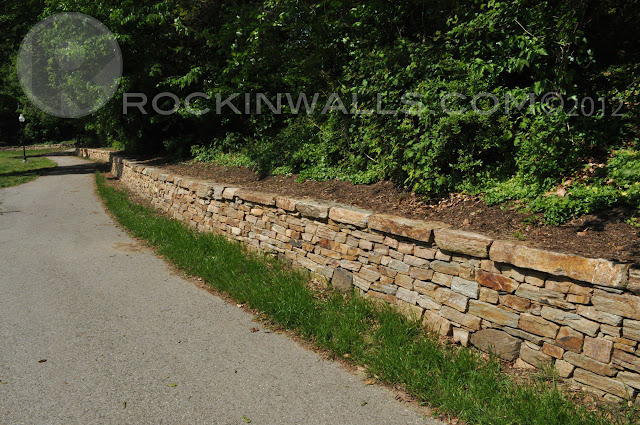