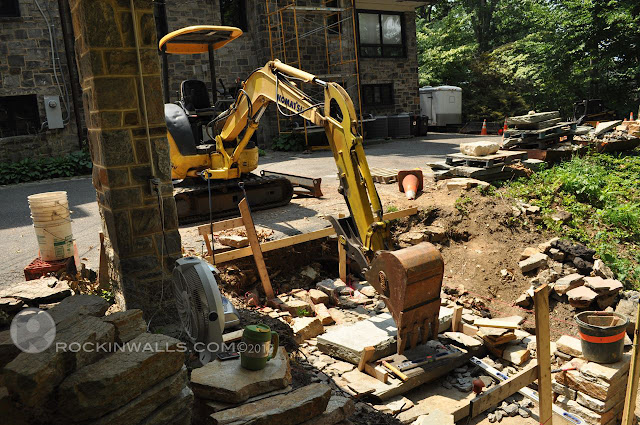 Now many of you know how to move stones the old fashion way. As Dan P say's with out the smell of diesal fuel. I'm hooked on my little Komatsu mini excavator pc 27. I think Dan hasn't had the chance to enjoy the quality smell from the tail pipe of Komatsu Mini. Using a Geith hydraulic thumb with a 20" Geith bucket - I couldn't be happier! Any chance I have to jump in any of my machines I feel are an extension of my ability to create. Things I can't do by myself. Like any tool - they all have a place and a time.

Not like these young spunks that can push anything around. Us old timers need something a little more to help keep our backs and knees from giving out on us. Normally 3 ibuprofen at the end of a hard day helps me.

The pro's: Allows me to move stone quickly - put them in place, make adjustments and pick them back up if needed. Time is everything to me. Doing stone work part time - I need every moment of time to make things happen quickly. In addition the mini X helps me do all my digging and heavy lifting of materials on site. This machine is so quitet I have to idle up the machine just to shut out my brain.

The con's: the thumb can easily drop a stone (total bummer when this happens) Thumb can leave marks on stones. Takes a trailer to move to the job site. Cost money to insure. Cost money to repair and maintain.

I love my mini and my back. I don't care how much it cost's. 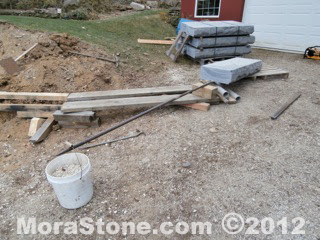 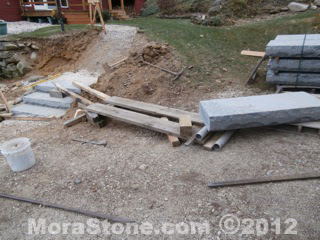 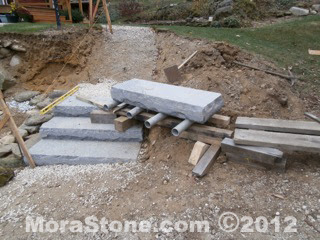 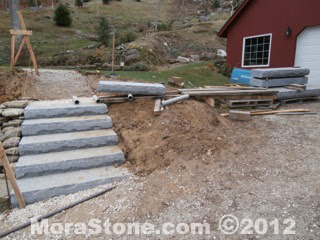 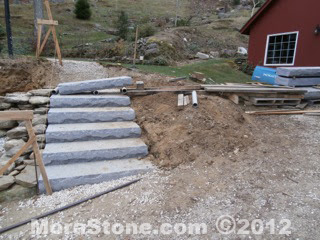 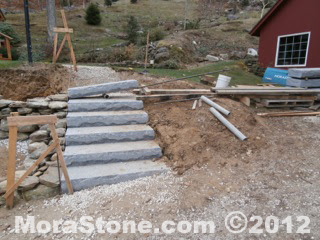 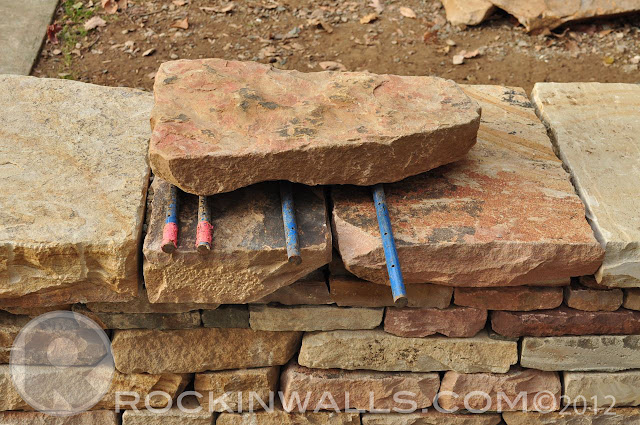 When I have large stones such as cap or step stones I use 3/4" concrete form steel stakes.  The stakes allow me to move stones into the right place. Saving a great deal of extra labor. The only down side is some times they role so well the stones can get away from you. 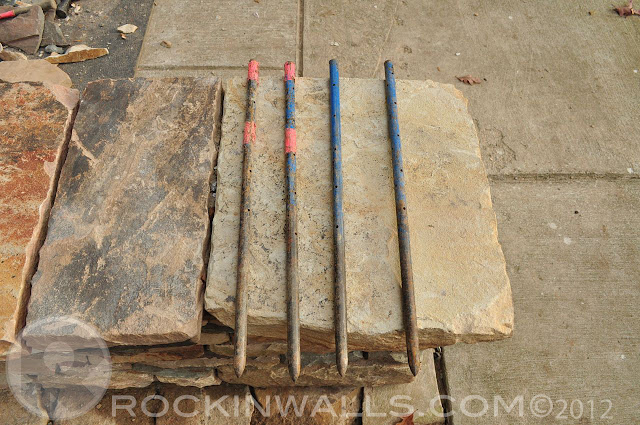 Normally these steel stakes are used to help build forms for concrete. You can find them at any home improvement store. They have several holes for nails to go through. 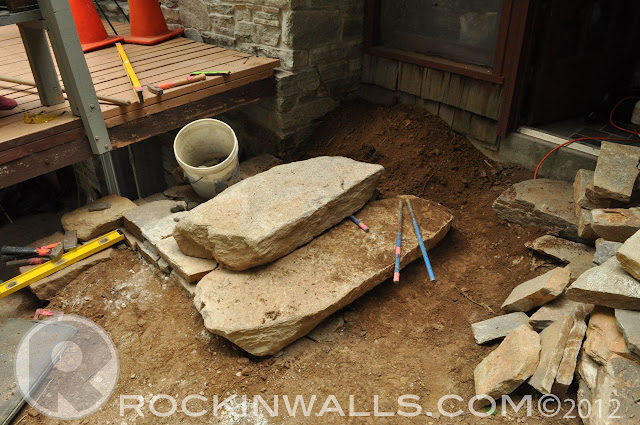 Shown in this picture are some large stones for steps. Once I get the stone into the desired location. I'll use a 4x4 board with a pry bar to lift the stone on one corner in order to pull the stake out from underneath. When you work alone this can be a little challenging to get the right angle to lift of the stone then find a way to pull the stake.

When I was in Canada working on the stone stable they said the roof would be set on the structure with ice blocks. The ice blocks would be placed on the top of the structure between the roof and the building. This way the straps could be removed and the roof would slowly settle on its own. This makes good sense to me. I'm sure a line item for ice blocks on a customer's invoice might raise a couple questions. Can't wait to try that on one of my builds.

Related Blogs: I Like Big Steps (And I Cannot Lie...) Clark Kent Creations