2011 First project of the year

I started this project at the end of last year. Right before winter set. I was happy to have every thing dug. Just waiting for stone. The first phase was to remove the old rail road retaining wall. Before I could do that I had to remove the old plantings on the top. I stated with hand digging. Times like these I was thinking how great a Mini Excavator would be. 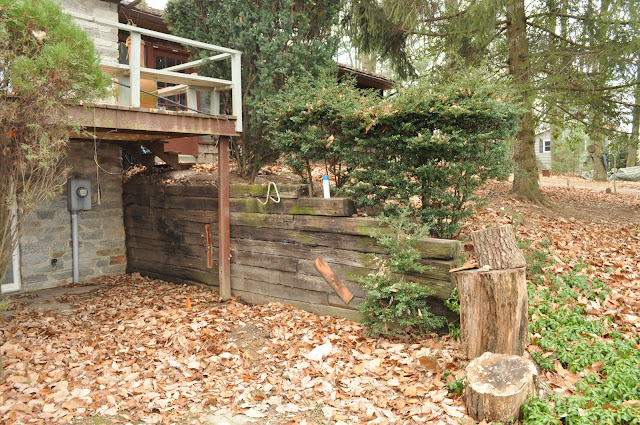 Once the cold moved in (frozen ground) I was able to get in with a skid steer to help with the remainder of the old wall. One by one I used the forks to pop them up and off. I then had to dig out the section both with the skid loader and by hand. Prepping for my footer. 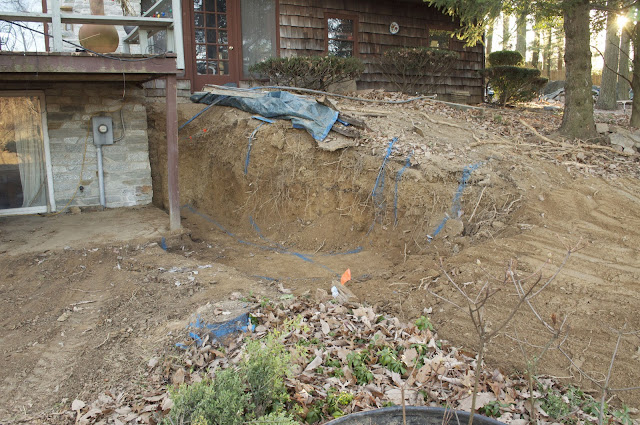 Today I had the pleasure after waiting for winter to pass to get back on the job. After about 3 trips with the skid loader it was time to put it way. The rain and snow from the last few weeks. Made it just about imposable to get any thing done. So I pushed on with what stone I had to get my footer built. I'm building a 5ft x 20ft retaining wall. Using Butler stone. The same as the house.  The main goal today was to start my footer (3ft wide) getting it as close to the cement pad as possible. Which was cut in by about 12 inches or so. The wall will come out and curve back in. Then (earth) graded will be tapered down and around to follow the curve. Some of the all on the curve will be buried under the earth. 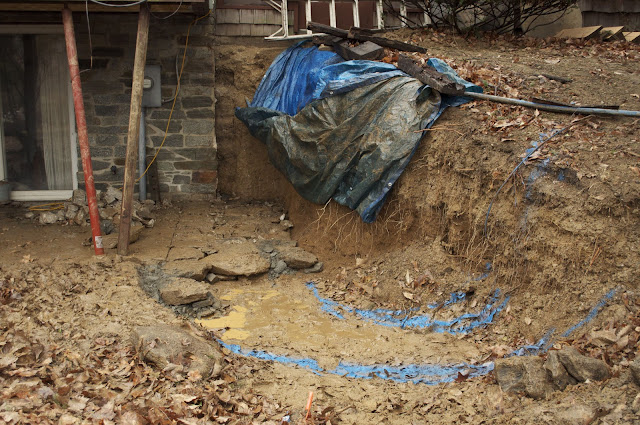 It was great to get the winter blues out of my head. But working in the mud and the rain. Can be another soggy topic. I'm happy spring is coming!

More of this wall to come later.
Posted by Mark J at 9:50 PM